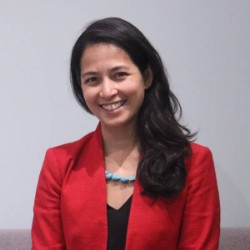 Elizabeth leads strategies for several initiatives, including the City Accelerator, the Project on Municipal Innovation, and formerly the Civic Tech & Data Collaborative. She also works with The Integration Initiative on select cities' government involvement. Prior to joining Living Cities in July 2015, she served as the first Food Policy Director for Newark, NJ under Mayor Cory Booker. She then continued to serve the city as the Acting Sustainability Director in the Baraka administration. With a background in social justice, economic development, and farming, she developed policies and programs to increase food security for residents. Before joining the City of Newark, Elizabeth managed a $7.3 million Department of Labor Pathways Out of Poverty grant for Goodwill Industries International to provide green jobs training in the solar, construction, and energy-efficiency industries to low-income individuals in Atlanta, Austin, Charlotte, Grand Rapids, Phoenix, and Washington DC.

After beginning her career in international human rights with Human Rights Watch and living abroad for several years, Elizabeth shifted to focus domestically on criminal justice issues through her media and advocacy work. In the Frontline series The Drug Wars, her team won a Peabody for its 30-year history of US drug policy and its effect on the world economy and US foreign policy. With the New Jersey Institute for Social Justice, Elizabeth’s on-the-ground work led to a package of prisoner reentry bills passed by the NJ State Legislature in 2010 that was hailed by the New York Times as “a model for the nation.”
Contact Us
Email Us