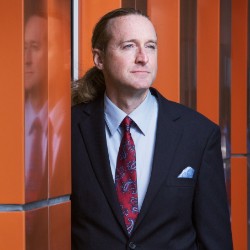 Noran Sanford
GrowingChange
Executive Director
Laurinburg, North Carolina
Noran Sanford, MSW, LCSW
Executive Director and Founder of GrowingChange
Noran Sanford grew up in Laurinburg NC completing a BS in Biology at the University of North Carolina at Chapel Hill. He completed his Masters of Social Work at Virginia Commonwealth University where he was honored as a winner of the national contest, State Policy. Org, for his role in the passage of mental health parity in Virginia. During the summer of 2011, GrowingChange launched as a youth empowered, nonprofit combining cognitive behavioral therapy, service learning and entrepreneurial training helping youth deep in the correctional system to reverse their future, ‘flip’ their prison. Working with African American, Native American, Latino and Caucasian youth, GrowingChange is transforming a closed prison in rural NC into a sustainable farm and educational center to serve as a national model for justly reclaiming the 300 closed prisons in the US.
In 2014, Noran was one of nine nationally to earn a Soros Justice Fellowship in advocacy for his nationally innovative work. In 2015, Noran was awarded the Innovate2Empower Fellowship through which he was hosted in the Netherlands to present his model for members of the Dutch Parliament and United Nations. Noran was selected as an Ashoka Fellow in 2016 for his social entrepreneurship. He was named Rural Leader of the Year by NC Rural Center in 2017 and was honored with the NCSU’s William C. Friday Award in 2018. Noran’s team just won the national entrepreneurial challenge from the Greater Sum Foundation in 2019. Noran lives in Laurinburg with his wife and two young daughters
just
economically sustainable
affordable
environmentally sustainable
adaptive
Contact Us
Email Us