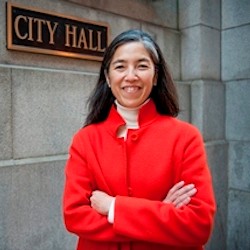 Previously, Dr. Morita served as CDPH’s Chief Medical Officer leading the city’s response to the pandemic influenza outbreak where she developed a system to distribute more than one million doses of vaccine across the city as well as the city’s efforts to prevent the introduction and spread of the Ebola virus. Dr. Morita has served as a member of the Institute of Medicines Committee on Community Based Solutions to Promote Health Equity, the Advisory Committee on Immunization Practices, the National Vaccine Advisory Committee, and the Illinois Chapter of American Academy of Pediatrics.

Prior to her time with CDPH, Dr. Morita served as an Epidemic Intelligence Service Officer with the CDC and worked in private practice. She is a graduate of the University of Illinois at Chicago Medical School.
Contact Us
Email Us