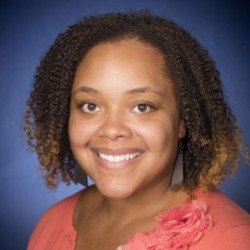 Whitney Smith
City of Detroit
Detroit, Michigan
Following her passions for public health, economic justice, and the environment,
Whitney pursued professional opportunities in environmental policy and research, and food
systems in several urban centers both domestically and abroad. Her food system work took her
all the way to the White House in 2014, where she helped plant the White House garden with
Michelle Obama. That experience highlighted the bidirectional relationship between her work as
a FoodCorps service member in Detroit and Michelle Obama’s Let’s Move Campaign, and
solidified her interest in both local and federal policy and public health. Whitney received her B.A.
in Environmental Studies from Wellesley College and attended the University of Michigan for her
M.S. in Natural Resource Management and Environment. She now works at the City of Detroit's Office of Sustainability.
Equitable
Community
Respect
Sustainable
Local
Contact Us
Email Us