We will be hosting our conference on Chicago’s historic South Side. It is the largest of the three regions of the city that radiate from downtown—the others being the North Side and the West Side (while there is no East Side, because Lake Michigan runs along the city’s eastern border, there is an East Side community area on the South Side, in the far southeastern section of the city).

The South Side was once known as Chicago’s “Black Belt”, and was where First Lady Michelle Obama grew up, then known as Michelle Robinson.

The South Shore Cultural Center is a 65 acre facility located in the South Shore community, It was formerly a country club but is now a cultural facility that has been recognized as a Chicago Landmark and is also listed on the National Register. Bought by the Chicago Park District in 1975, it was restored as a historic landmark in response to a community campaign. It is also known as the site of the wedding reception of our 44th President and First Lady, Barack and Michelle Obama, in 1992.  Please visit our Getting Around page for a few recommendations on things to see and do while on Chicago’s South Side! 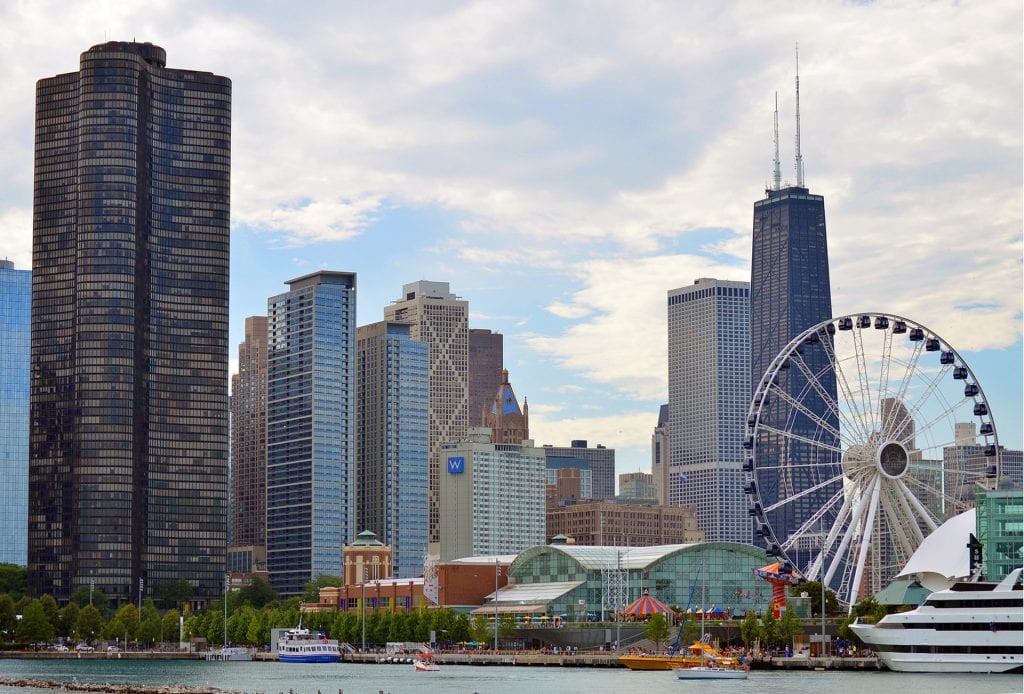 The name “Chicago” is derived from a French rendering of the indigenous Miami-Illinois word shikaakwa for a wild relative of the onion.

Prior to its rise as an international hub for finance, commerce, industry, technology, telecommunications, and transportation, the Chicago region served as home and trade center for various Native nations for thousands of years, including the Potawatomi, Miami, and Illinois, once powerful nations that experienced dramatic decline in the face of European expansion into their territories. The area that is now Chicago became part of the United States through a series of treaties from 1795 to 1833. The Town of Chicago was established on August 12, 1833 with a population of 200, with rapid growth soon thereafter due to its role as a transportation hub between the east and expanding western parts of the United States.

During the 1900s, many Native Americans moved from nearby reservations and other rural communities to Chicago in pursuit of jobs, housing, and other opportunities. This movement was fueled in part by a controversial “relocation program” run by the Federal government which resulted in the movement of thousands of people to major urban areas, including Chicago, during the 1950s and 1960s. Today, the Native American population of Chicago numbers less than 1%, with approximately 30,000 Native Americans currently residing in the entire state of Illinois, according to the U.S. Census.

The early part of the 20th Century was a time of increasing industrialization, and the Great Migration of millions of African Americans from the south to the urban north. Between 1910 and 1930 the African American population of Chicago increased more than fivefold, leading to the Chicago Black Renaissance and contributing to the “New Negro Movement” in art, literature and music. Gwendolyn Brooks, an eminent Chicago poet of the 20th Century was also from Chicago’s South Side, and in June of 2018, the City of Chicago honored her with a memorial statue in a park named after her, in Chicago’s South Side. Brooks was the First African American to receive the Pulitzer Prize (1950) and the first African American woman inducted into the Academy of Arts and Letters (1976).