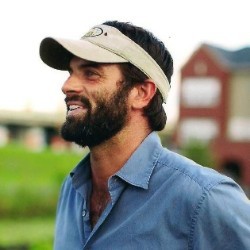 Edwin is responsible for advancing initiatives that support the creation of a healthy and just local food system for Austin. In that capacity he:

Prior to joining the City of Austin’s Office of Sustainability, Edwin worked for Southern Living Magazine as a garden writer and was the founder and director of a non-profit called Jones Valley Teaching Farm located in in Birmingham, Alabama. He was also the Director of the non-profit urban farm in Montgomery called EAT South.